Moscow Astronomical Club (MAK) is a non – profit public organization. Bringing together active astronomy enthusiasts, we popularize scientific knowledge in wide circles, and are a link between the public and the scientific community.

We help beginners to generate interest in the field of scientific knowledge related to astronomy and cosmonautics. More experienced fans will be able to communicate with like-minded people, share and share their experiences.

Anyone who has reached the age of 18 can join the Club. To do this, you need to visit any three events of the Club.
Our contact

On any MAC event, you can get absolutely free!

The collection of the MAK – take place monthly in the Moscow planetarium. The main meeting in the big planetarium is usually every second Wednesday of the month. Additional meetings will take place in planetariums CDRA.

Lectures MAC lectures of members and friends of the Club, as well as invited professional scientists.

Sidewalk astronomy - day and evening city free observations through telescopes. MAK was the first in Moscow to start such actions in the early 2000s, founded by George. Dobson in the United States.

Trips under the dark sky - joint trips for observation and photographing objects of deep space.

Participation in the astronomical festivals – MAK is actively involved in the festival "Gastrofest", is a co-organizer of the open Days of the Zvenigorod Observatory of INASAN and radio astronomy Observatory PRAO.

The Chairman of the Moscow Astronomical club is Elizaveta Kameneva.
The members of the Board of the Club: Eugene Kuzikov, Vladimir Kuibyshev, Denis Stepanov and Andrei Alexandrov. 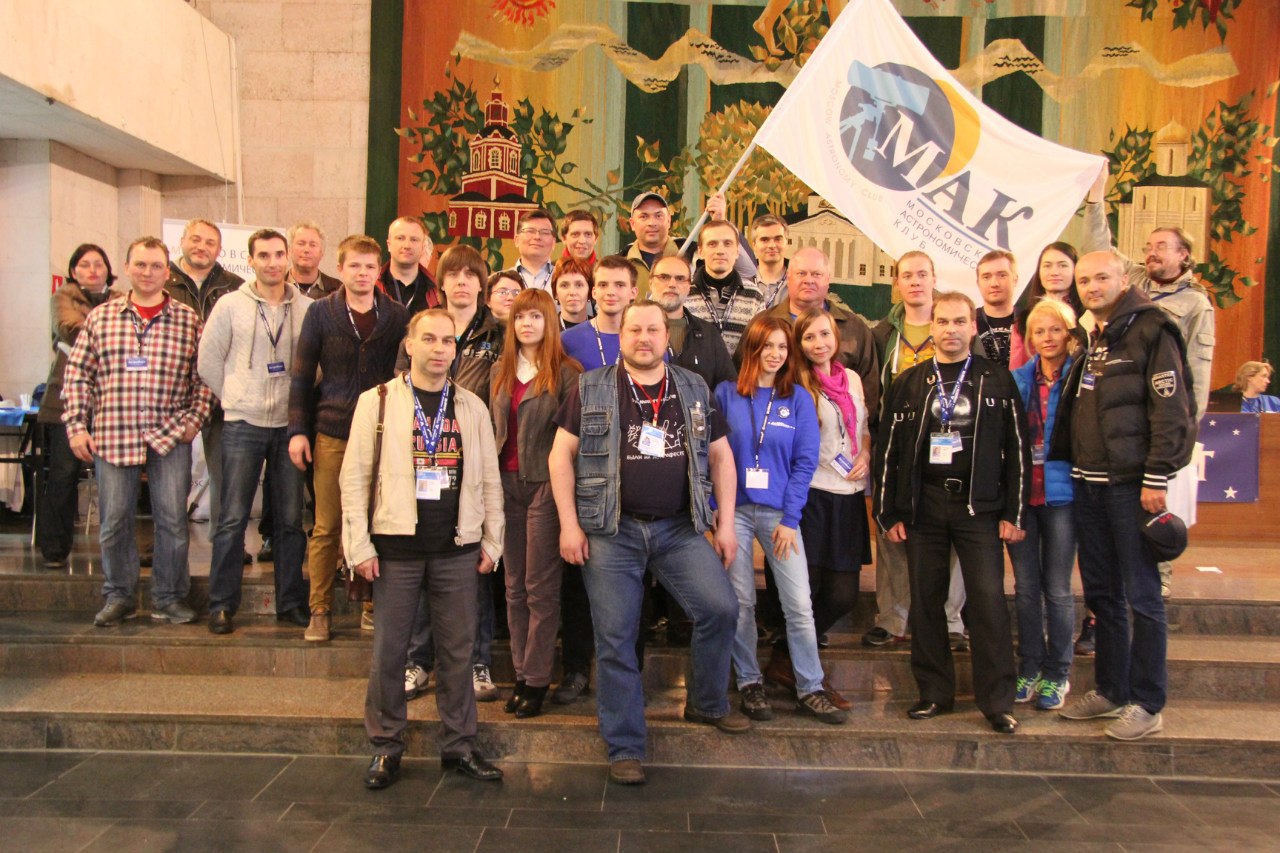